~`~ Consistency in parameters assigned to racks is useful, for always being able to grab a certain knob for a certain result. For example, on the 8-knob racks of Live 10 and earlier, for dynamics devices like compressors or gates, i tend to place Attack and Release on Macros 5 and 6.

~`~ Live 11 now has the ability to allow up to sixteen macros on a rack, which expands our abilities — but also makes things easier to become sporadic and messy by just mapping whatever, wherever. More knobs means more searching text with eyeballs. So therefore it seems helpful if certain controls are always (or almost always) in the same places.

END_OF_DOCUMENT_TOKEN_TO_BE_REPLACED

EMPATHY is a pack for Ableton Live 10+ Suite containing a handful of high-end effect racks designed to consistently improve a wide possible range of audio sources passing through them. Each rack is suited to a particular purpose, with easy-to-dial-in controls. Together they provide a robust toolkit for general mixing and mastering.

Ultimatum: “The ultimate” audio effect rack designed by PerforModule, it’s a 10-step algorithm to magically improve both the tone and dynamics of any audio source in realtime.

Dilation Warder: Combination gate and expander for when you want to increase the dynamic range, tighten things up, emphasize punch, and add more of a percussive staccato feel.

Skip to the bottom of this post to check out a video overview of the Empathy by Brian Funk, or read on for a more detailed overview of each the included devices and what makes them special.

END_OF_DOCUMENT_TOKEN_TO_BE_REPLACED

Brand new plugins… promotional sales on plugins… they are SO tempting. But do you really need that new compressor plugin that just dropped?

In order to assess which plugin types are lacking in your toolbox, i recommend making a spreadsheet of all the plugins you own by category. You might discover, as i did, that you have such a vast variety of compressor options to choose from, it’s likely that you won’t benefit a whole lot from purchasing any more of them. You also might discover, like me, that you’re somewhat lacking in gate plugins, and could indeed benefit from picking up a few new models. Etc… END_OF_DOCUMENT_TOKEN_TO_BE_REPLACED

Due to an increasing upcoming workload, we’ve decided to release the freeVST racks all at once, instead of in monthly batches as originally planned. That’s over four-hundred and twenty individual racks now available! Talk about an expanded toolkit.

These are “default/template” audio effect racks for many different plugins which are available publicly for free in 64-bit. You simply load any of these Ableton racks, and it loads its corresponding plugin (assuming it’s installed). Each rack includes help text which will be shown when hovering over macro controls.

Most of the plugins we have racks available for have 32-bit and mac versions as well; however, some are 64-bit or windows-only. Mac-only and AU plugin racks are planned in the future. FreeVST racks here will be updated occasionally to reflect developer updates. If you know of a free vst developer we missed or encounter any issues, please leave a comment.

ABLETON LIVE 9.6 required (Intro, Suite, or Standard).
Yes, you can even use all of these racks with Live 9 Intro!

END_OF_DOCUMENT_TOKEN_TO_BE_REPLACED

Combamps a whole bunch (30) of combo amps which are crafted to optimize Ableton Live’s built-in Amp & Cabinet devices to their utmost. These racks make it much easier to dial in your sound (combination of preamp drive, tone, envelope settings, biasing, and gain structure) without having to constantly adjust the output level to match as well. They also optimize your timbre selection options by providing many “dual” and even three “triple” racks, which combine and balance the tone of multiple amps. In testing, these multi-combamps have been much-appreciated for an expanded range of unique amp flavors, as you now basically have 30 unique amp models, instead of 6. All combamps have been gain-staged at multiple points in the signal chain using both Peak and LU matching with both “Strat”and “Les Paul” styles, as well as bass electric guitars. The dual & triple combamps are gainstaged with a system resulting in relatively balanced levels at all gain settings when using wide panning (so that one amp is not way louder on one side than the other one). Since every guitar has its own tone & envelope character, these values are guaranteed to be imperfect, but it should result in you only needing to make miniscule volume adjustments to fine-tune your ultimate sound.
Post Amp Compressor a simple compressor with settings calibrated ideally for taming an amp output’s transients.
Guitar Chords 35 presets for Chord based on actual human guitar fingerings.
Stompers 18 racks set up like guitar pedals, designed for use with a Combamp akin to a physical guitar routing setup.  If you have a midi foot controller you can use them exactly as such. Includes…
Booster
Chomper
Comper
Dister
Dualay
Flonger
Gater
Glitcher
Phozzer
PitchDownDelay
PitchUpDelay
Smevel
Somber
Sproing
Swamper
Toner
Tremotary
Whamper

A robust collection of groove files which implement rhythmic “chop” effects in quarter, eighth, and sixteenth-note patterns.
Stuff it comes with…

Audio effect and MIDI racks designed for enhancing and manipulating harmonics by various methods.
Stuff it comes with…

Harmonic Colorizer enhance harmonics using various different methods. By using different amounts of each knob, you can set up your own unique boost texture to help a part stand out against its various song elements, or use it to subliminally add a particular color to a submix or mix.
Overtone EQ (3 versions) EQ racks set up to select a target frequency, and then manipulate the harmonics based on that frequency. The Even & Odd version allows separate control of even & odd harmonics. The Even vs Odd will boost Even or Odd and attenuate the other (useful for hearing the difference between those types of harmonics). The Sculptor version is useful for manipulating each harmonic interval individually.
Undertone EQ (3 versions) just like the Overtone EQs, but these manipulate lower harmonics instead (not as common of an operation). They include the same 3 versions.
Harmonic Chord Presets these will add in MIDI notes based on harmonic intervals. Simple, but useful. Includes 2nd through 4th harmonics which each add only 1 note and also Coarse, Perfect, and Undertone versions which each add multiple harmonics.
Harmonics Extender (3 versions) MIDI racks which can be used to set (& automate) the amount of added harmonics. Includes Coarse, Perfect, and Undertone versions.

Sound Intensity by Energy (Utility Presets)
Sound Loudness by Sensation (Utility Presets)
Sound Pressure by Voltage (Utility Presets)
divide or multipy audio level by either “SPL”, “SIL”, or “Volume”. This is technical stuff. Check out http://www.sengpielaudio.com/calculator-soundlevel.htm for more info. Basically…
-use SPL (voltage) division when you want to sum parts perfectly (i.e. 5 copies of something each divided by 5 SPL and recombined will equal the exact level of the original)
–use SIL (energy) for acoustic energy calculations. Like, let’s say you’ve got a really small sound, like a pin drop. Multiply it by 100 SIL to estimate the level provided by 100 pins dropping at the same time.
–use Volume (loudness) for the human perception of level.
So, to make something seem twice as loud, subjectively, multiply it by 2 Volume.
There are also included some racks to choose/automate which multiplier/divisor to use:
SPL Divisor
SPL Multiplier
Volume Divisor
Volume Multiplier 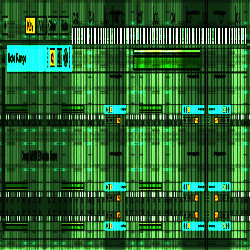 An assortment of midi racks, primarily for composers, which filter incoming notes according to standard instrument & vocal ranges, plus tools for making custom note ranges.
Stuff it comes with…

Two new premium packs for Ableton Live have been released, after extensive testing periods.
These are some of the most robust and practical stuff we’ve created yet!
All Premium PerforModule packs are self-installing, meaning that you simply drag them into Live and all the devices will now be in your library, categorized.

Telling you about the “Drum Enhancerz” Ableton Live pack by PerforModule.

<- Access the sale page by clicking on the drum head.

It includes racks which are calibrated for sculpting of specific drum elements. Included are…

Each rack includes 8 macro controls for sculpting your drum sounds with ease.
A few of the capabilities are…
-plush control for smooth cymbals
-smack control to add top attack to kicks
-smash: go-to overhead compression
-pitch-matched resonance for boomy toms

This is a sampler instrument which is designed to play a loop of background vinyl noise which you can select from 128 unique samples, each with their own character. Some of the samples are primarily background hiss, but some also have pops, clicks, and other artifacts which can be useful as percussion elements. Big thanks to the one and only AfroDJMac for hosting this device.

PS…. if you are not already a member of the ADM Music Production Club, then you are missing out on a crazy-affordable source of insanely cool, high-quality, monthly awesome stuff delivered to your face. If you are interested in steadily building up your ableton library full of production and performance assets to be able to more quickly dive in to making your own bizarre unique sounds and developing your own twisted techniques, this is one of the most practical possible methods you can consider, especially if you’re a fan of the more odd and innovative side of things (which, if you’re reading this here now, i’m guessing you probably are).

I recently helped tweak and finalize a set of free audio effect racks in collaboration with online mastering service LANDR.
These are three effect racks suited for quick and easy “tone sculpting” of parts which are centered on low, mid, or high frequency ranges.

Check out the story about it and find download links here: www.ableton.com/en/blog/free-landr-tone-sculptors/

If you’ve never used LANDR, i highly recommend it as a way to test your mixes. Finish a mix and send it off to LANDR… listen to the master they send back to you, hear problems more clearly, and then go back to your mix and fix. It’s also a great way to get a new track ready for live performance before it has been sent off for professional mastering or officially released.